This week, September 17, 2014, marked the two-year anniversary of YouTube in Pakistan. Banned in 2012, despite extensive court hearings and parliamentary resolutions in favour of lifting the ban, there still are no signs on the horizon of the ban being lifted any time soon.

When the ban was placed and news of it broken, this is what was known of it: the instructions had been issued by then Prime Minister Raja Pervez Ashraf under the PPP government. During court proceedings at the Lahore High Court, the federation produced a document, a directive by the elusive Inter-Ministerial Committee for the Evaluation of Websites (IMCEW), ordering the Pakistan Telecommunications Authority (PTA) to implement the “IP-level blocking of YouTube in Pakistan.”

The government has consistently maintained that there is a 2012 Supreme Court order barring it from restoring access to YouTube. Issued on September 17, 2012, the order came in response to a Civil Misc Application No.3908/2012 filed by M/s Akram Sheikh and Taufiq Asif . The order, issued by a three-member bench, then Chief Justice Iftikhar Chaudhry, Justice Jawwad S. Khwaja and Justice Khilji Arif Hussain, stated the following: 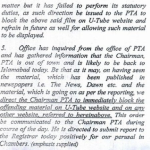 In early 2013, court proceedings in Lahore High Court were initiated based on a petition filed by BytesForAll (Writ Petition No.958/2013). Justice Syed Mansoor Ali Shah first through a single and then divisional bench, heard the matter at great length. He appointed several legal, technical and policy amici (friends of court) i.e. experts to assist in the court proceedings. He ordered meetings between the PTA, MoIT (Ministry of Information Technology and Telecom), and the petitioners and experts. This process also led to several written submissions made by experts, the PTA, the interim and current Minister for IT and, Google in the form of a letter submitted through MoIT.

A summary of the discussion and findings in the YouTube case are as follows:

Access to videos and any other content on the Internet is a voluntary and wilful act. There is agreement that there is no way to block content on the Internet 100%; no technology solution for this exists. Since Pakistan does not have a localized YouTube platform, therefore the video in question cannot be restricted just in Pakistan as was the case with other countries. Interstitials – warning screens before the offending video which have already been placed – can be a resolution to this problem.

Despite this, however, the matter has not been concluded. The primary reason for this appears to be the 2012 Supreme Court order. In light of this, summarizing submissions before them, Justice Syed Mansoor Ali Shah and Justice Atir Mahmood recommended the petitioners approach the apex court for a clarification of this order.

When that happens, how quickly the proceedings are scheduled, and what ruling is issued, will decide the future of YouTube in Pakistan. Until then, it will continue to remain officially blocked. 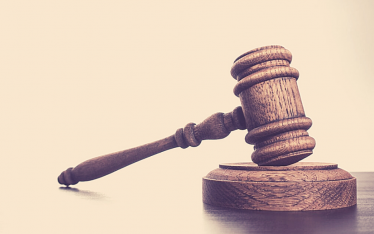 Away with the rules
THE Citizens Protection (Against Online Harm) Rules, 2020, are back on the agenda. The Pakistan Telecommunications Authority (PTA) recently uploaded a survey titled Consultation Framework, seeking stakeholder input on the...
2 Likes

COMPARATIVE ANALYSIS OF PERSONAL DATA PROTECTION BILL 2020 WITH LAWS AND BILLS IN THE EU, UK, INDIA & MALAYSIA
Overview of the Comparative Analysis  By Shumaila Hussain Shahani The draft Personal Data Protection Bill, 2020 was made available by the Ministry of Information Technology and Telecommunication (MoITT) on its...
4 Likes

Data protection bill
With so much of our personal data at the disposal of government authorities and private companies, it was about time that the government listened to citizen demands for a data...
7 Likes