People certainly know how to push our buttons and get us to react in a way that is detrimental to ourselves. Yet again history is repeating itself. Someone puts up a page on Facebook announcing a competition of caricatures of the Prophet, and what do we do? Do we speak up against it in a civilized fashion like:

No of course not (well some of us do, but most of us don’t). Why would we do something as sensible as that, and have our voices heard? Instead we do what people have come to expect from us. We stifle our own voices by banning a social networking site where 2.5 million Pakistani could have been heard. We hide our head in the sand like ostriches. We react like little children do – closing our eyes and pretending that if we don’t see it, it doesn’t exist.

How does that affect the ‘offensive’ page? It doesn’t. They go on to do exactly what they were doing – and now there are no voices of protest on Facebook from Pakistan because we can’t access Facebook in Pakistan. How ridiculous is that?

When I tweeted about this yesterday, some young people angrily wrote back asking why I could not live without Facebook for a cause as important as this? That, my friends, is not the point. The question is not whether I can live without Facebook. The question is why should someone else – court or government – have the right to make a decision regarding what I can or cannot access online? Why should I allow my freedom to be compromised because some idiot somewhere has decided to push our buttons by starting a competition such as this? When will we learn that giving up any of our rights results in more rights being infringed each time.

Nothing justifies the taking away of my right to access information online or offline, to use the networks i want to. I don’t need the government to make such decisions for me. I am quite capable of doing that for myself. If I want to protest against something I find offensive, I will (and I do). The PTA and the courts have no right to deprive me of my freedom to do so. 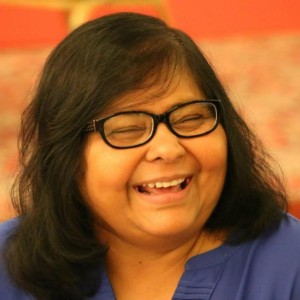 Jehan Ara is the President of the Pakistan Software Houses Association for IT & ITES (P@SHA)..She is a motivator, an entrepreneur, a social activist and a strong propagator of extending the power and use of Information and communication technologies beyond pure traditional business, to empower and enable communities. Her blog can be viewed here: In the line of Wire. She can be found on Twitter: @jehan_ara and contacted via email: jehanbolobhiorg

The Silencing Act
“Women are harassed and so we must introduce a law to protect them,” went the PML-N narrative in favour of enacting the Prevention of Electronic Crimes Act (PECA), 2016. This line...
498 Likes