In the early hours of March 22nd, WordPress was blocked for users within Pakistan. Like with most bans concerning Internet users in Pakistan, reports began emerging as disgruntled users started reporting the issue on social media. Soon enough, multiple national and international news outlets picked up on the reports of the blockade. This comes shortly after reports emerged that Prime Minister Sharif has disbanded the Interministerial Committee — a committee known to be responsible for regulating content— and given the Pakistan Telecommunications Authority the autonomy to take down content, amid increasing questions on the legal standing of the IMC.

This is the censorship committee Bolo Bhi has challenged in court. More details on the case here

The wordpress ban has since been revoked and reports suggest it is accessible again, however, this debacle neatly summarizes the state of Internet censorship in Pakistan. 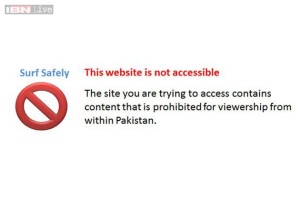 Ad-hoc  blocking of content, no room for objections from the users, no record of the content blocked and no explanation on why the right to information was denied. As per stay order obtained by Bolo Bhi,  against the IMCEW and PTA, if the PTA blocks anything based on a complaint, it will have to submit the list and reasoning for why it blocked to court. See original court order and amended court order. This is not the first time a blogging platform has been banned by the Pakistan Government, in 2006, in an attempt to block ‘blasphemous’ material on blogger; the  authorities in Pakistan ended up blocking the entire platform altogether. Nine years later, the Internet users in Pakistan are still facing denial of information without proper recourse to justice.

What’s worse is that, the authorities seemingly get away with abrupt denial of information, most reactions come in as a large number of social media users report a blockade and quickly turn into an information exchange on what VPN services to opt for. Internet speed remains considerably low, as ISPs leer customers into fake promises of high-speed internet  services. Facebook, Flickr, IMDb, Twitter and Wikipedia are all in the list of websites that have been temporarily banned by the Government, no questions asked except from the usual suspects.

Yesterday’s debacle, shows more than ever that users in Pakistan need safeguards, due-process and their right to information protected. However, none of that will be served on a platter; when push comes to shove, there’s no option but to resist.

Citizen groups, Journalists’ Body reject PEMRA’s proposed draconian regulation on Web TV and other allied attempts to undermine digital rights and freedom of expression
PUBLIC STATEMENT BY CITIZENS AND STAKEHOLDERS On government attempts to curtail freedom of expression, right to information and digital rights; and appropriation of internet and cyberspace. Islamabad – January 28,...
307 Likes

Internet Surveillance
REPORTS of the government installing the Web Monitoring System (WMS) first came to prominence when questions relating to its set-up were raised in the Senate regarding the type of company...
296 Likes