Prejudice and Stupidity on Full Display After Rape Verdict

This article was originally published on Newsline’s blog on April 21, 2011 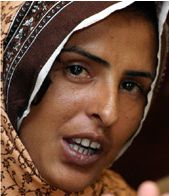 Everyone knows of the Mukhtaran Mai rape case. Not just in Pakistan but around the world too people have discussed the infamous case and been appalled at the treatment of the victim at home. Remember former President-General Musharraf’s comments on rape? Many believe those comments mirror the misogynistic attitudes of many in the land of the pure.

Today, more cries of surprise and disgust are likely to be heard from international observers as five of the accused in Mukhtaran’s case have been ordered by the highest court in the land to be freed. The announcement from Islamabad that the Supreme Court has upheld an earlier judgement by the LHC has also caused outrage here in Pakistan – but it appears only in some quarters.

While activists and those sensitive to Mukhtaran’s plight are angered, it seems there are many to whom the plight of women in general (often the victims of heinous crimes such as rape) means nothing at all. According to Anis Haroon, chairperson of the National Commission on the Status of Women, who was there for the hearing, only three sentences were uttered with regards to Mukhtaran’s case and it was dismissed (while the judgement consists of 90 pages).

As the case stands, Abdul Khaliq, who was convicted and is considered by the court to be the main figure behind the crime, will go on to serve his jail term as per the Lahore High Court verdict, while the five other accused have been released. Haroon reports on the senseless questions she was asked by the media after the verdict.

Here are some examples that she has shared with Newsline:

Q: Is the verdict a failure of the government?

A: It is the failure of criminal justice system.

Q: You mean the present?

A: We are referring to the judicial system.

Q: Will you go for repeal in America?

A: A stupid question.

Q: Where are your human rights? Why don’t you feel for innocent people who are released?

Q: They were in jail for six years, why don’t women have sympathy with them?

These are just some. But the issue is not whether we should pick a fight or not, but it is about the attitudes that must be challenged. They go a long way in shaping the society.

Sadly, as per norm, we victimise the victim. 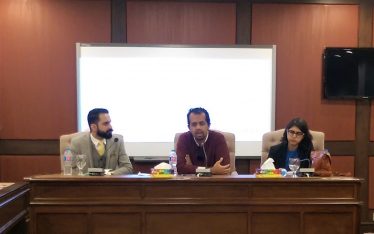