Omar Maniar is a rule of law and legal empowerment practitioner with experience of working across Sindh and Punjab on the legal empowerment of vulnerable groups, including women, children, and prisoners held in prison. Omar has also worked closely with Prisons, Police, Prosecution, Judiciary, and Home Departments in both provinces on wide-ranging rule of law reform including prison reform, legal aid, and improving criminal justice outcomes, particularly with respect to investigation and prosecution of serious crimes including homicide and sexual violence.

Omar has previously served as Associate Director at the Legal Aid Society in Sindh and is currently engaged as the Deputy Provincial Team Lead Punjab at the Justice System Support Programme.

A discussion on sexual violence – particularly rape. How to investigate and prosecute these crimes. What exists in law, what are the procedures and mechanisms, where the gaps exist, and how they can be addressed.

We also discuss the role and responsibility of the police, prosecution, and judiciary at different stages, evidence and its many forms, witness protection, rights of an accused, GBV courts, policing, prevention, detection, and psycho-social support systems. 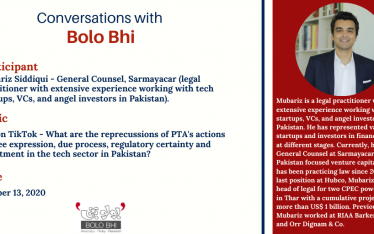 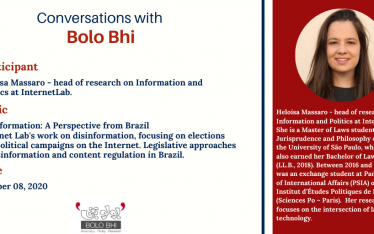 Episode 17: Disinformation – A Perspective from Brazil
Participant: Heloisa Massaro - head of research on Information and Politics at InternetLab. She is a Master of Laws student in Jurisprudence and Philosophy of Law at the University of...
6 Likes 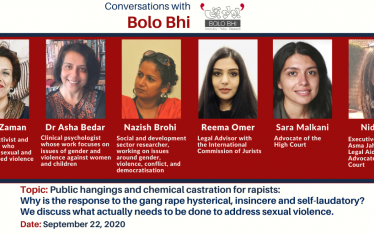 Episode 16: Public hangings and chemical castration for rapists: Why is the response to the gang rape hysterical, insincere and self-laudatory?
Participants: Dr. Asha Bedar - Clinical psychologist whose work focuses on issues of gender and violence against women and children Sarah Zaman - Feminist activist and researcher, who focuses on...
4 Likes